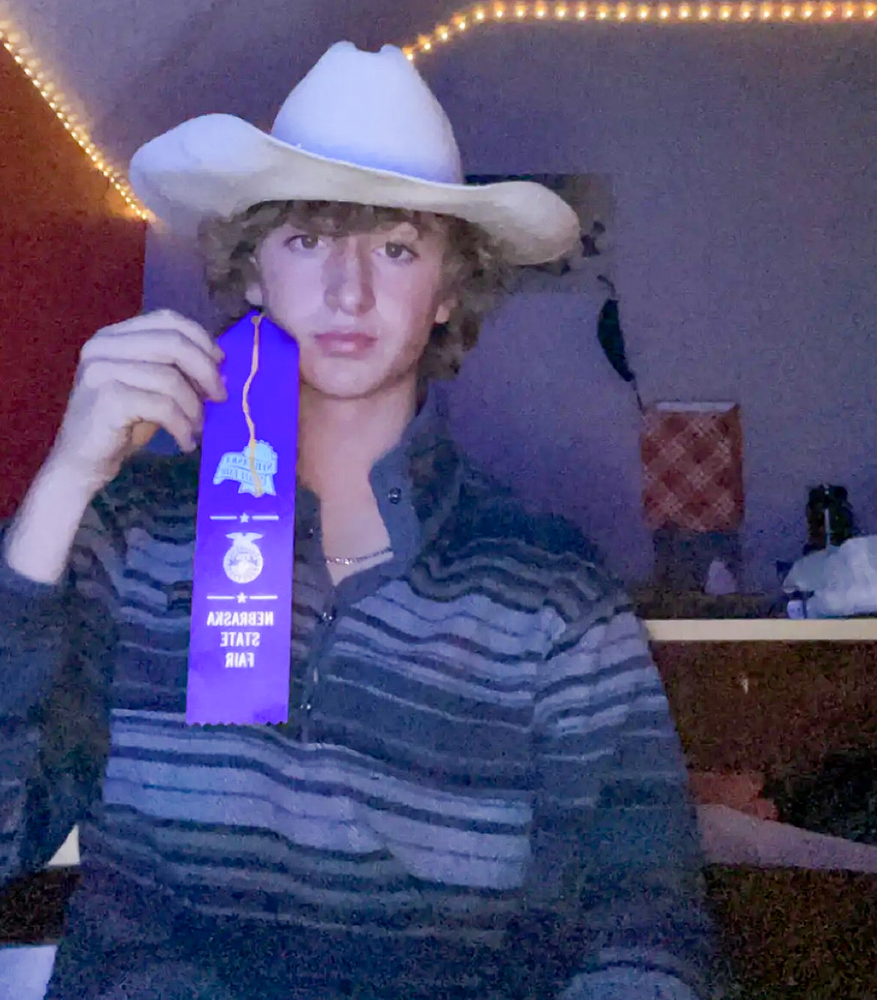 Ag Students take on the Faif

Doniphan-Trumbull ag students traveled to the state fair last weekend on September 3 and 4 to compete in various events. All of the students that take an ag class showed crops such as field corn, popcorn, soybeans, and miscellaneous vegetables at the state fair

The students show their crops during the last weekend of the State Fair. Students get their crops from their own fields or gardens. But, if a student doesn’t have their own field they would ask farmers around the area or their classmate's fields to use to show crops.

Doniphan-Trumbull had the second most exhibits, behind Norfolk, at the State Fair this year.. In addition to veterans, the ag program had many new students that showed crops for the first time this year.

“Last weekend was the first time that I have showed crops at the state fair,” said sophomore Nate Collinson. “I only showed one exhibit at the Fair this year, and that was red potatoes,” said Collinson.

All of the students are always excited and eager to get their results back to see how they did. The students get ribbons based on how they do. There are a variety of colors based on how crops are compared to the others in that specific exhibit. Purple is the best and blue is the next best.

“I was very eager to know what place I got on my red potatoes,” said Collinson. “I was hoping that I was going to get a purple ribbon, which is the best, but I got a blue ribbon, which isn’t that bad. I was okay with that.”