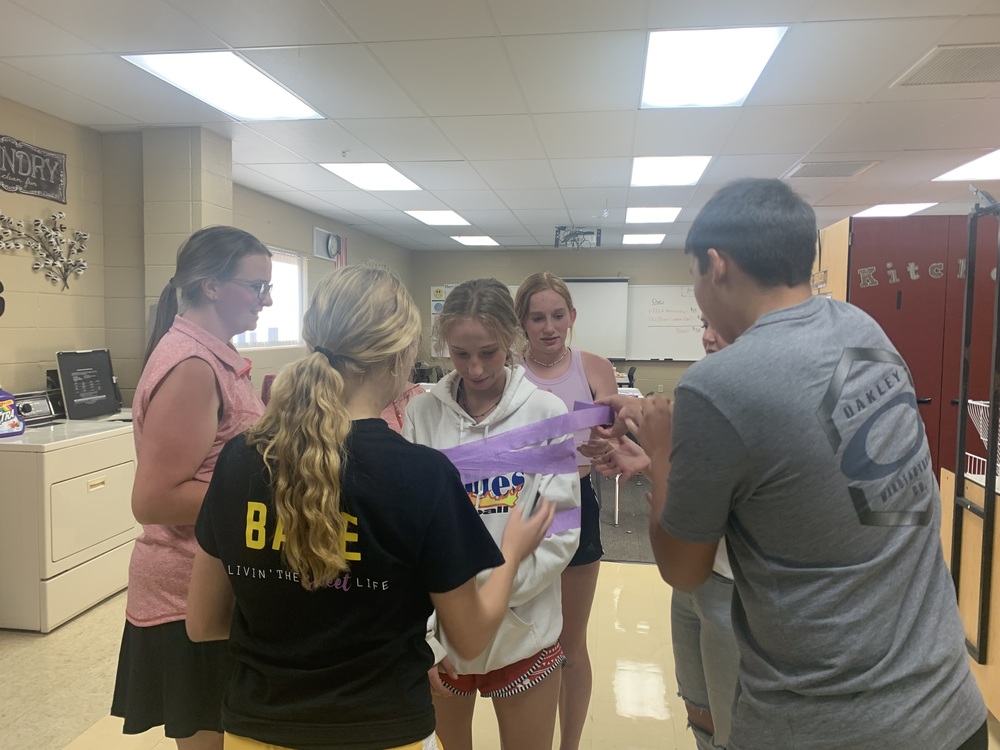 Kicking off a New FCCLA Season

The Family Career and Community Leaders of America (FCCLA) group kicked off the year with a pizza party on August 22. The kickoff meeting introduced potential new members to what FCCLA is about and what the year will look like, as well as talking about events presented throughout the year to participate in. This event also welcomed back veteran members. Any students interested in joining the team who didn’t make it to the meeting are welcome to come to a chapter meeting, sign up through the supervisor, Mrs. Joanna Heuerman, and pay the chapter dues needed to join.

The student president, Addie Fay, and vice president, Kayla Kennedy, lead the meetings, giving information on what is on the agenda for the following month and ways to push out needed information. FCCLA currently has around 25 members, including its 7 officers, but members want potential members to know the benefits of joining.

The goal of FCCLA is to get students involved to a point where they are able to expand their opportunities in leadership and further develop necessary life skills at home and in the workplace. The group stays busy through the various events they host.

Heuermann said, “As a chapter, some goals would focus on membership recruitment, as well as exhibit teamwork to community service projects and events to showcase FCCLA.”

Many significant events are coming up this year for FCCLA. There will be two blood drives, one in the fall and one in the spring. One of the most involved events they are in is Tackle Cancer during October. The next chapter meeting will be in October to spread awareness about drug addiction. Later in the year, they will be participating in the District Leadership Conference (DLC), which is a chance for the members to network with other chapters and gain information in the areas of leadership and life.

Avery Robb, a sophomore, who is new to the team this year, said “I’m excited to see what FCCLA is all about and what the year will look like with new teammates.”