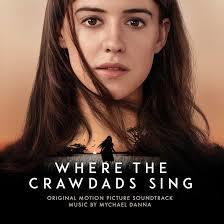 Hit Movie at the Box Office

Where the Crawdads Sing is sweeping the nation

Reese Witherspoon teams up with director, Olivia Newman to create the movie of the century, Where The Crawdads Sing. Newman and Witherspoon took the movie as a chance to elevate the idea that young women can have careers in producing movies. Witherspoon created her own online book club in 2017 in the hopes of bringing focus to books centered around womens’ stories, told by women. Witherspoon eventually turned this book club into a production company. She featured this book and loved it so much, she wanted to help create it into a movie. The movie was released on July 15, 2022.

The film follows Kya, an independent girl who was abandoned by her family at a young age. As the story progresses, Kya learns to navigate her life in the marsh. She becomes in love with the nature surrounding her. Kya becomes entangled with two young men from the town. However, when Chase Andrews is found murdered, Kya becomes the main suspect. As the case starts to unfold, the truth is still to be revealed. The ending reveals a secret no one was expecting.

Daisy Edgar-Jones plays Kya Clark. The actress is becoming more known to the world and has starred in several 2022 movies including; Fresh, RRR, and Pond. Her character is known as the “marsh girl,” and she grows up in the wild, living by her own rules. She meets two love interests, Tate Walker and Chase Andrews. Walker is played by Taylor John Smith, known for his acting in Blacklight, and Andrews is played by Harris Dickinson, known for his role in Triangle of Sadness. This drama-filled thriller reveals mysteries throughout the entire movie, keeping audiences glued to their screens.

Where The Crawdads Sing was originally a book published during the COVID-19 era. It was a best seller and broke all sorts of records during the pandemic. It topped the New York Times Fiction Best Seller in 2019 and The New York Times Fiction Best Seller in 2020. Director Newman didn’t want to make bold changes from the book when creating the film. Newman grew up loving nature and wanted to tell that story in the film. She used nature to help her bring Kya’s character to life.

The movie was filmed in New Orleans. Most of the filming took place in the marsh located near Louisiana’s Fontainebleu state park. The set was built to highlight the natural beauty of Louisiana and uses a blend of natural colors to complement the marsh. As they shot the movie, they wanted it to feel real. They wanted the viewers to not only focus on Kya, but the world around her.

I would recommend this movie to someone who enjoys mysteries movies. This movie had me on the edge of my seat the entire time. I enjoyed trying to figure out the murder, but the ending caught me by surprise. The nature and scenery of the movie made me feel as if I was in the marsh with Kya. I would rate it a 5 out of 5 stars. I thought the acting was amazing and would watch it again.